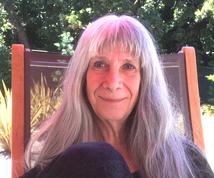 I was born in the North Philadelphia neighborhood known as Strawberry Mansion, where no strawberries grow and not a mansion can be found. I remember the Texas Tommies at Sonny & Mae’s sandwich shop, Pflaumer’s ice cream and the concerts at Robin Hood Dell. As my dad’s advertising agency prospered, he moved the family further north and then out to the suburbs. I started playing acoustic guitar during the Great Folk Scare of the ‘60s and fronted a short-lived jug band in high school. I graduated from Cheltenham High (go Panthers!) a year behind Reggie Jackson and a year ahead of Benjamin Netanyahu.

I went to college at New York University and lived on Sullivan Street. I heard Charles Lloyd at Slug’s when Keith Jarrett was with him, Freddie Hubbard at the Village Gate and Al Kooper with Blood, Sweat and Tears somewhere in the Village. I graduated when Nixon invaded Cambodia and all classes were cancelled due to student protests. I hitchhiked through Europe, spent a few months on Kauai, then settled in Marin county, just north of San Francisco. Having grown up in a city that residents affectionately call Philly, I’ve never understood the antipathy with which San Franciscans regard the term Frisco.

I waited tables at the Lion’s Share when Huey Lewis’s band Clover played every Monday night, Van Morrison sang solo at open mikes and Jerry Garcia would bogart the nitrous oxide tank in the back room. I then worked as a dispatcher at the San Anselmo police department before going back to school and getting a master’s degree in psychology at Sonoma State.

I started writing in the ‘80s. I was the staff reporter at the Marin county weekly Pacific Sun for 14 years, where I wrote cover stories on topics like the hidden poverty in affluent Marin, the criminalization of the mentally ill and the battle for local control of the hospital. I won awards from the Peninsula Press Club, the Association of Alternative Newsweeklies, the California Newspaper Publishers Association and the Lincoln Steffens award for Investigative Journalism.

My series on the failings of the family court system led me to fictionalizing the issue with my first novel, CRIMINAL DECISION. A later story for which I had interviewed dozens of people traumatized by membership in cults inspired my second novel, COSMIC LOVE.

I live in San Anselmo with two cats and my husband, John Haley-Walker, a singer-songwriter with a day job in construction. I still love to travel and listen to music. I believe in justice, love and a healthy diet. I find people endlessly fascinating but can only live with one. I’m a pragmatic progressive and give all opposing viewpoints due consideration until inevitably convinced of their error.